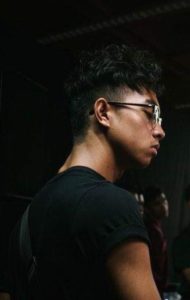 Robbie Jet Lising was born on July 01, 2001. When he was a 9 years old, he started learning in playing drums. As a young child, you can see his interest with the musical instrument especially on playing drums. To become proficient in dancing and playing drums, he enrolled and studied for four years in the Conservatory School of Music here in France.

Presently, he is the drummer of band of the Charismatic Episcopal Church in Paris. He finished high school and now he is in the university and taking up Cinematography Course at EICAR INTERNATIONAL FILM AND TELEVISION SCHOOL PARIS. 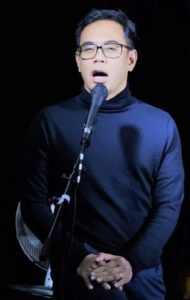 Dennis’ first love was choral music in the Philippines before he discovered musical theatre in the 1996 Manila production of
Chess the Musical. He covered the role of Nicolai and was member of the ensemble. He then auditioned in the same year and was brought to London to join the West End production of Miss Saigon in 1997 for three years.

He moved to France in 1999 and spent a few years learning the French language before he resumed performing. His very first French-speaking musical was Tintin, Le Temple du Soleil (Tintin in the Temple of the Sun) in Belgium in 2003. He also became a resident singer for Disneyland Paris for a year. He also covered the roles of Maxence, Bill and Etienne in the 2004 stage production of Les Demoiselles de Rochefort at the Palais des Congrès in Paris.

In 2008, he did his very first series of concerts at the Galerie Talmart in Paris Ma P’tite Histoire (My Little Story) in Paris with pianist Marina Graf & guitarist Clément Dewitt. In 2009, he collaborated with Filipino guitarist Joon Claudio to sing Filipino love songs Kun ‘di man (Si cela ne peut).

In 2010 and 2011, Dennis sang with fellow Miss Saigon performer Leila Florentino at the Théâtre de Nesle in Paris in a cabaret-concert called Simply Broadway produced by Paris-Broadway-Saigon.

In 2011, he did a series of concerts called Life Goes On with pianist and musical director John Florencio.

Since 2018, he has been performing with very talented classical guitarist Franco Maigue in Brussels & Paris and even joined the AperoMusique Summer Festival in Blesle, center of France. A new series of concerts is also in the works.

Dennis is currently working on his first very recording album with An Ton That better known as Aaken. 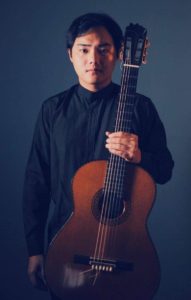 In addition to numerous solo recitals, he has participated in various chamber music ensembles : Abelardo quartet, Kithara quartet, as well as the University of the Philippines Jazz Ensemble. He currently resides in France to study with Tania Chagnot at the École Normale de Musique de Paris. 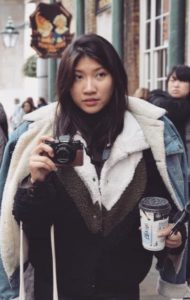 Leiranor is a young lady who enjoys singing since her young age, she’s passionate about mucic and she’s part of pinoy jam since 2012. 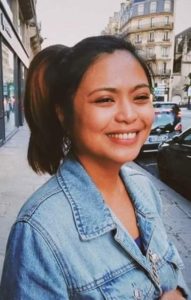 Born in Paris but raised in the Philippines. She has a master’s degree in public law and graduated in École de formation du Barreau in December 2018. She was the secretary for the past two years of Pinoy jam, and participates in concerts from time to time.

We use cookies on our website to give you the most relevant experience by remembering your preferences and repeat visits. By clicking “Accept All”, you consent to the use of ALL the cookies. However, you may visit "Cookie Settings" to provide a controlled consent.
Cookie SettingsAccept All
Manage consent

This website uses cookies to improve your experience while you navigate through the website. Out of these, the cookies that are categorized as necessary are stored on your browser as they are essential for the working of basic functionalities of the website. We also use third-party cookies that help us analyze and understand how you use this website. These cookies will be stored in your browser only with your consent. You also have the option to opt-out of these cookies. But opting out of some of these cookies may affect your browsing experience.
Necessary Always Enabled
Necessary cookies are absolutely essential for the website to function properly. These cookies ensure basic functionalities and security features of the website, anonymously.
Functional
Functional cookies help to perform certain functionalities like sharing the content of the website on social media platforms, collect feedbacks, and other third-party features.
Performance
Performance cookies are used to understand and analyze the key performance indexes of the website which helps in delivering a better user experience for the visitors.
Analytics
Analytical cookies are used to understand how visitors interact with the website. These cookies help provide information on metrics the number of visitors, bounce rate, traffic source, etc.
Advertisement
Advertisement cookies are used to provide visitors with relevant ads and marketing campaigns. These cookies track visitors across websites and collect information to provide customized ads.
Others
Other uncategorized cookies are those that are being analyzed and have not been classified into a category as yet.
SAVE & ACCEPT